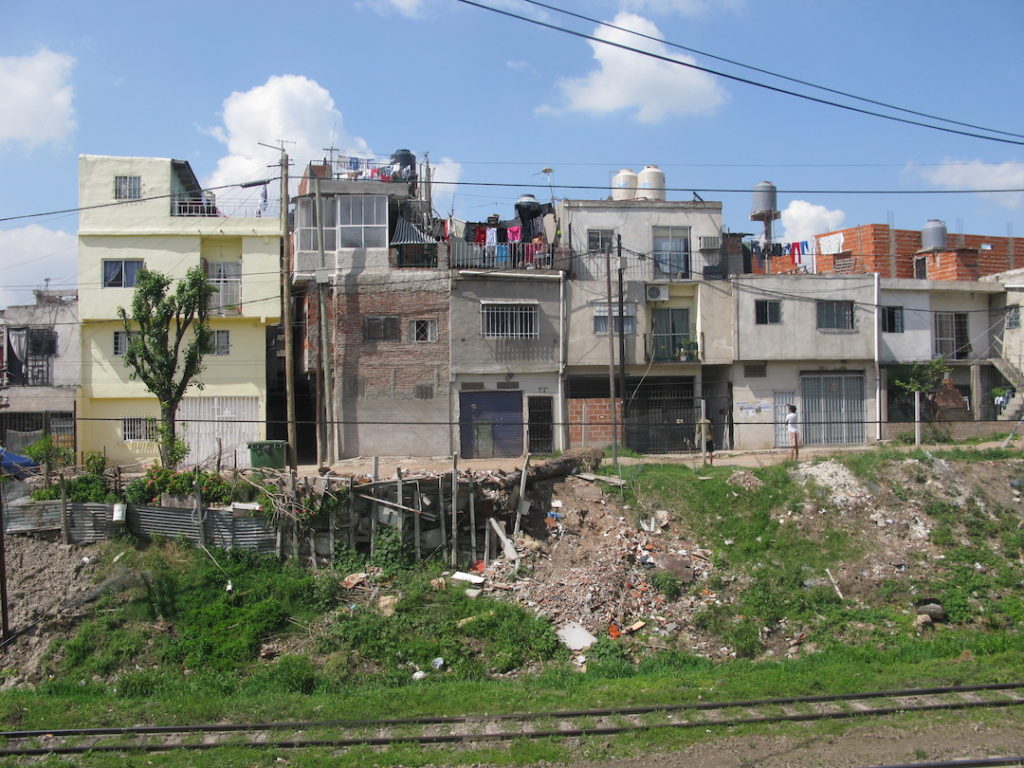 Buenos Aires, Argentina: After a 6-day human rights investigation into housing conditions in the metropolitan area of Buenos Aires, The Shift, led by former UN Special Rapporteur Leilani Farha, has raised alarm bells that lives are at serious risk due to the extremely precarious and grossly inadequate housing conditions in which many are living. While several of these conditions pre-date the pandemic, they have been made far more acute since its onset.

“We are very concerned by the number of people living in informal settlements like Villa 31 and Barrio Ferroviario de San Fernando who lack access to water and sanitation necessary to prevent the contraction and spread of Covid-19. With almost half of all reported cases in the City of Buenos Aires found in informal settlements as of May 2020, these communities have been hit hard by the pandemic. We thought governments would be doing more to protect against virus spread in these vulnerable locations.”

The Team also met with many residents who are struggling to pay their rent and keep up with mortgage payments, as they are forced to resort to borrowing money just to feed their families and pay for medicines, sinking deeper into debt and fearing eviction and homelessness when moratoriums are lifted. Women are particularly affected by these conditions and are on the frontlines defending themselves and their families. Coupled with the anxieties surrounding the pandemic, the situation is taking a heavy toll.

“Not only did women talk to us of the struggle to keep a roof over their heads and their fear of eviction, we heard first-hand how they have been defending their communities against violent forced evictions from the lands they have been compelled to occupy, like Guernica. We remind the all governments in Buenos Aires that such forced evictions are strictly prohibited under international human rights law and must be suspended immediately. The only way forward is to work with communities and allow them to lead with responses.”

Amidst these and other distressing human rights conditions, The Shift notes the strong foundation upon which the right to housing can be founded in AMBA. On several occasions, including in Rodgrigo Bueno and Villa Palito ​in particular, residents have resisted eviction, and through mobilization and cooperation with governments, have managed to secure dignified housing.

There is also a very robust legislative framework from which to work. Beyond national and city constitutional recognition of the right to housing, laws such as the National Rental Law (Ley Nacional de Alquilar), the provincial Law 14.449 on just access to habitat and the RENABAP are essential to realizing the right to housing. The Shift urges governments to implement them immediately.

On Tuesday December 1s​t , the Shift will be releasing its preliminary findings and urgent recommendations. A more comprehensive report will be released in 2021. “It is our intention that our recommendations and preliminary findings support governments and ​advocates in their efforts to recover from the pandemic, secure human rights in AMBA, and build back communities that are more just and resilient.”