Instead of Helping Homeless People, Cities Are Bussing Them Out of Town 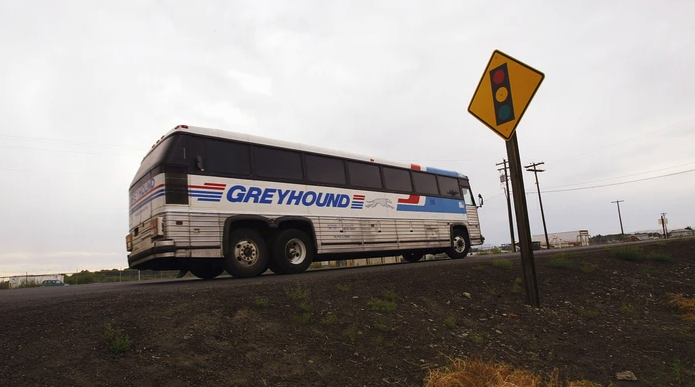 “If you look at the logical extension of what’s going on, whether it’s a move-along law or one-way bus ticket, it’s ‘let’s erase people, let’s render them invisible.'”

Forty dollars in his pocket. That’s all Isaac Langford had when he stepped off the Greyhound bus into the streets of San Francisco in 2010.

He’d been living in his own apartment in Des Moines, Iowa, when he had what he calls “an awakening.” He didn’t want to just live his whole life out there, he wanted to travel. And for some reason he doesn’t even remember now, moving to San Francisco had lodged in his mind. “The more I thought about it, the more excited I got,” Langford said. After all, California is where you’re supposed to go when you’re trying to make a better life—even if that means not having a place to stay.

“My mind was like, I’m going to a city that’s open and accepting,” Langford, now 34, said. “I knew I was going to be homeless, so I had to find a library, because I knew homeless people went to the library.” Someone there helped him with SF’s General Assistance benefit program, and he got set up in a shelter, but when his time in a shelter bed was up, he had to leave. Because of the long wait lists, Langford couldn’t access any of the city’s long-term shelters, so he either had to fight daily for a bed in one of the drop-in centers or sleep on the street. He began volunteering at the Coalition on Homelessness, and joined the city’s Shelter Monitoring Committee. Now and then, he’d leave town—back to Des Moines for when his grandma had breast cancer and then bone cancer, back again when his mom was murdered—but he always returned to San Francisco. Six years later, with still no place to call his own, the rain finally began to get to him.

“Other cities have bus shelters and pavilions in parks, but here there’s really no shelter outside,” he said. “It kept raining, and I couldn’t get into a shelter, so they told me to sign up for Homeward Bound to go back home.”

Homeward Bound is a city program that is essentially a one-way bus ticket out of town for homeless people who can prove they have a support system elsewhere that could get them back on their feet. Initiatives like that have become increasingly popular in cities like San Francisco that are struggling with growing homeless populations. Providing people with housing is difficult, while sending them away is easy. And though they can be helpful in certain situations, critics fear they have the effect of simply trying to moving struggling people around the country, rather than actually giving them help, and warn that these programs don’t actually tackle the roots of the homelessness crisis.

Sometimes, cities can be so eager to send their homeless people away that they don’t check to see if these relocation efforts actually help. One of the requirements of Homeward Bound is making sure someone’s going to receive you on the other end. Langford didn’t really have housing waiting for him, so he just had a friend lie. That was good enough for the program—he had his bus ticket back to Des Moines, where he’s been ever since.

“It felt like, we don’t want you here because you’re not from here, so here’s a ticket, we don’t have resources,” he said. “But San Francisco has more money than Iowa, so I don’t understand. I felt like San Francisco wasn’t trying to help me at all.”

In 1987, New York City reportedly became the first major city to make this ability to obtain a one-way bus or airplane ticket official policy—it was rebranded under Mayor Michael Bloomberg as “Project Reconnect”—and others soon followed. San Diego’s is named “Family Reunification,” as is Denver’s. Last November, King County—which includes Seattle, home to the third largest homeless population in the U.S. as of late 2018—approved $100,000 to fund a similar program.

The stated goal of the relocation programs are roughly the same: To help people find a permanent place to live by connecting them with personal support networks. While these programs can provide genuine help—if someone has a relative or friend to live with, the theory goes, they can save money while living indoors and eventually afford their own place—there is a growing skepticism that they’re accomplishing much of anything. Rather, they’ve simply become ways for cities to appear virtuous while making their homeless population someone else’s problem.

“If you look at the logical extension of what’s going on, whether it’s a move-along law or one-way bus ticket, it’s ‘let’s erase people, let’s render them invisible,’” said Leilani Farha, the United Nations special rapporteur on adequate housing. “There’s a kind of extermination quality to it.”

When Langford returned to Des Moines three years ago, he was living in a car, but has since found a trailer. He said that being back has been “doable,” but he’d much rather be in California. “I had goals out there,” he said. “But I couldn’t do what I wanted to do because they weren’t trying to help me. They were just like, ‘here’s a bus ticket.’”

“The story rings true for many of our clients,” said Abigail Stewart-Kahn, director of strategy and external affairs for the San Francisco Department of Homelessness and Supportive Housing. “They’re homeless for awhile, but there’s nothing available for them other than shelter, and they have somewhere else to go.” Stewart-Kahn sad that the Homeward Bound program services roughly 800 clients per year, and the office has often received letters and messages from those who’ve been helped by the program. “We need every solution, because everyone experiencing homelessness has a potentially different pathway out of this,” Stewart-Kahn said. “We need more supportive housing, more rapid rehousing, more shelters, more prevention and diversion, and more relocation programs. We need people stably housed, and so we need to stop putting value judgements on what is the good exit to homelessness. We need them all.”

While Langford’s story qualifies as a success by the standards of relocation programs, since he is no longer homeless, not everyone is as lucky. According to the New York Times, when officials in Portland tracked down folks who’d used their “A Ticket Home” program over the previous three years, nearly half had lost the housing they were supposed to get after leaving the Oregon city.

Yet often every bus ticket is touted as a success—one more homeless person bussed away is one less tent on the sidewalk and one less person using services. In 2017, the Guardian published the results of a massive 18-month long investigation into America’s homeless relocation programs, a total of 34,240 relocations in all. According to that report, “Almost half of the 7,000 homeless people San Francisco claims to have helped lift out of homelessness in the period of 2013-16 were simply given one-way tickets out of the city.” That same investigation found that only three relocated people were contacted after they had left town.

“They didn’t do any follow-up research to see if the person made it there, if they were able to get into housing there, if they were housed for three months, six months,” said Kelley Cutler, a human rights organizer for the San Francisco-based Coalition on Homelessness. “There was no data, but it’s like, ‘Oh, we fixed this shit, awesome!’”

Stewart-Kahn said that the city’s standard protocol is to speak to someone at the preferred destination multiple times before the journey, then the day after the trip, then one week later, 30 days later, and her department plans to implementing a callback at the six-month mark as well. “We do everything we possibly can to make sure they arrive and stabilize,” she said. “But they don’t have any obligations to call us back.”

These programs aren’t responding to what homeless folks say they need. In a 2019 survey of 835 homeless folks in King County, only 9 percent said that “family reunification” would help them obtain permanent housing. The top two answers were, by far, “Rental assistance/More affordable housing” and “Job/increased income.”

The truly insidious thing is the narrative that develops at least in part because of these programs: They can fuel the perception that homeless people are outsiders who have invaded a town, rather than a consequence of economic circumstances and choices made by policymakers. In 2018, Seattle City Councilmember Sally Bagshaw alleged that nearby SeaTac and Tukwila were bussing homeless folks into downtown Seattle and dropping them off there. “I appreciate the fact that they have their social services shoes on when they do that, but nonetheless, it is putting a burden on us, the City of Seattle and taxpayers, that really is not fairly shared,” Bagshaw said. (Officials from SeaTac and Tukwila denied the claim.) This talking point is constantly brought up whenever a city debates new services for homeless people. “The problem is most of our homeless are not from here,” wrote the police chief of Middleton, Ohio, on Facebook in September. “We have a huge problem with other cities (they know who they are), dumping homeless people here because they don’t want them in their city.”

But available evidence shows that most people without housing don’t travel great distances. Over two-thirds of homeless people surveyed by L.A. Homeless Services Authority in 2019 said they’d been in the county for more than a decade before becoming homeless, compared to only 18.8 percent who said they were most recently housed out of state. In San Francisco, 43 percent of homeless people said they’d lived in the city for over 10 years, while 70 percent said they lived indoors in the city before becoming homeless. (Some of the remaining 30 percent may have lived in nearby Bay Area cities.) In a 2018 survey, 83.1 percent of homeless folks in King County said they’d been living indoors there before being forced outdoors.

Holding relocation out as a solution to homelessness quickly leads to toxicity. But these programs can help those who need to be reconnected with past communities, family members, or friends. No one is suggesting cutting these programs, but advocates say that housing and services should be provided along with the opportunity to leave town. Bus tickets can help a select few, but they’re a band-aid on a gaping wound.

“Homelessness has been an issue starting in the 1980s when the budget for HUD was cut in half. It hasn’t recovered since,” said Giselle Routhier, policy director for the advocacy organization Coalition for the Homeless. “What’s needed is an actual investment in real federal spending.”

This article originally appeared on VICE US.

All News
COVID-19
In the news
Press releases 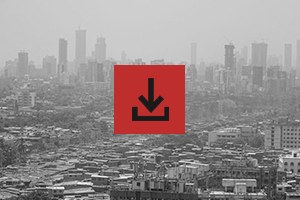