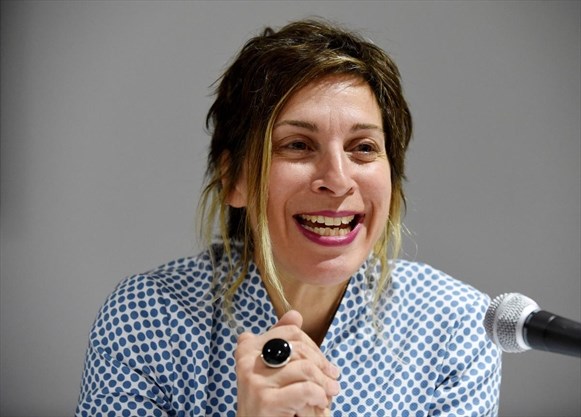 The statistics may well suggest that Canada is gaining the upper hand on poverty, but struggles remain for those hovering just above the poverty line, Heather Scoffield writes.

The news this week that one million people had moved out of poverty in Canada over the past four years doesn’t ring true for Saeed Vahid.

The 51-year-old Richmond Hill man may be above the poverty line, but he’s well acquainted with hardship. For him, making ends meet is not getting any easier.

Vahid has a part-time job and so does his wife. He runs a small business teaching coding to kids on the side. But he’s buying lottery tickets in the hopes of financing the dental work he needs, because there’s nothing left over in the household budget to pay for it. And his oldest son is building up lots of debt in college.

The statistics may well suggest that Canada is gaining the upper hand on poverty, but Vahid’s story tells us something about the struggle of those hovering just above that line.

“I’m not middle class, of course. I don’t know why everyone thinks they’re middle class,” he said. “If I can’t take care of my tooth, that makes me low income.”

A combination of new funding for social programs and a strong job market have meant that incomes at the very bottom of the scale have gone up.

In the past four years, the federal government has introduced the Canada Child Benefit, increased the guaranteed income supplement for seniors, and started to put billions of dollars into affordable housing.

That partly explains why the country’s percentage of impoverished children and seniors has dropped. And while more than a quarter of the Canada’s single mothers are still living in poverty, that percentage has come down too.

But while Justin Trudeau’s government is quick to congratulate itself, there are still about 3 million people living below the poverty line — many of them chronically. They are often Indigenous or Black, have disabilities or are newcomers to Canada, experts say.

And those who are not far above that line are dealing with some forbidding financial burdens: high housing costs, especially in big cities, and crushing debt loads. “Just having a job is not enough,” said Vahid, who makes just over minimum wage at a big-box store despite having years of experience as a computer programmer.

The national statistics also fail to reflect the reality for some communities. In the Toronto area, for instance, the percentage of low-income children climbed to 11.6 per cent in 2018 from 10.2 per cent in 2017. For children living with a single mom, 30 per cent were below the poverty line in 2018, up from 24.6 per cent in 2017.

So it’s no surprise people like Vahid don’t believe the national statistics tell the whole story, says Leilani Farha, a Canadian anti-poverty advocate and the United Nations special rapporteur on the right to adequate housing.

“That’s why people balk — because their experience is different,” Farha said.

Farha sees the need for policy-makers to look more closely at the patterns of poverty and then target support strategically toward marginalized groups. A focus on affordable and rental housing would be especially helpful, since the cost of shelter is the biggest chunk of many a tight budget.

But all the social welfare in the world can’t replace the benefit of having an abundance of steady, well-paying jobs. So policy that focuses on bringing together employers and marginalized groups in the labour market is equally important, says economist Kevin Milligan at the University of British Columbia.

“We can’t tax and transfer our way to middle-class prosperity,” Milligan said.

For Vahid, a large part of the responsibility also lies with voters — the need to get fully informed about their choices, learn about their policy options and then push their politicians accordingly.

“We should start from that place.”

Heather Scoffield is the Star’s Ottawa bureau chief and an economics columnist. Follow her on Twitter: @hscoffield

When governments sell out to developers, housing is no longer a human right

The statistics may well suggest that Canada is gaining the upper hand on poverty, but struggles remain for those hovering…